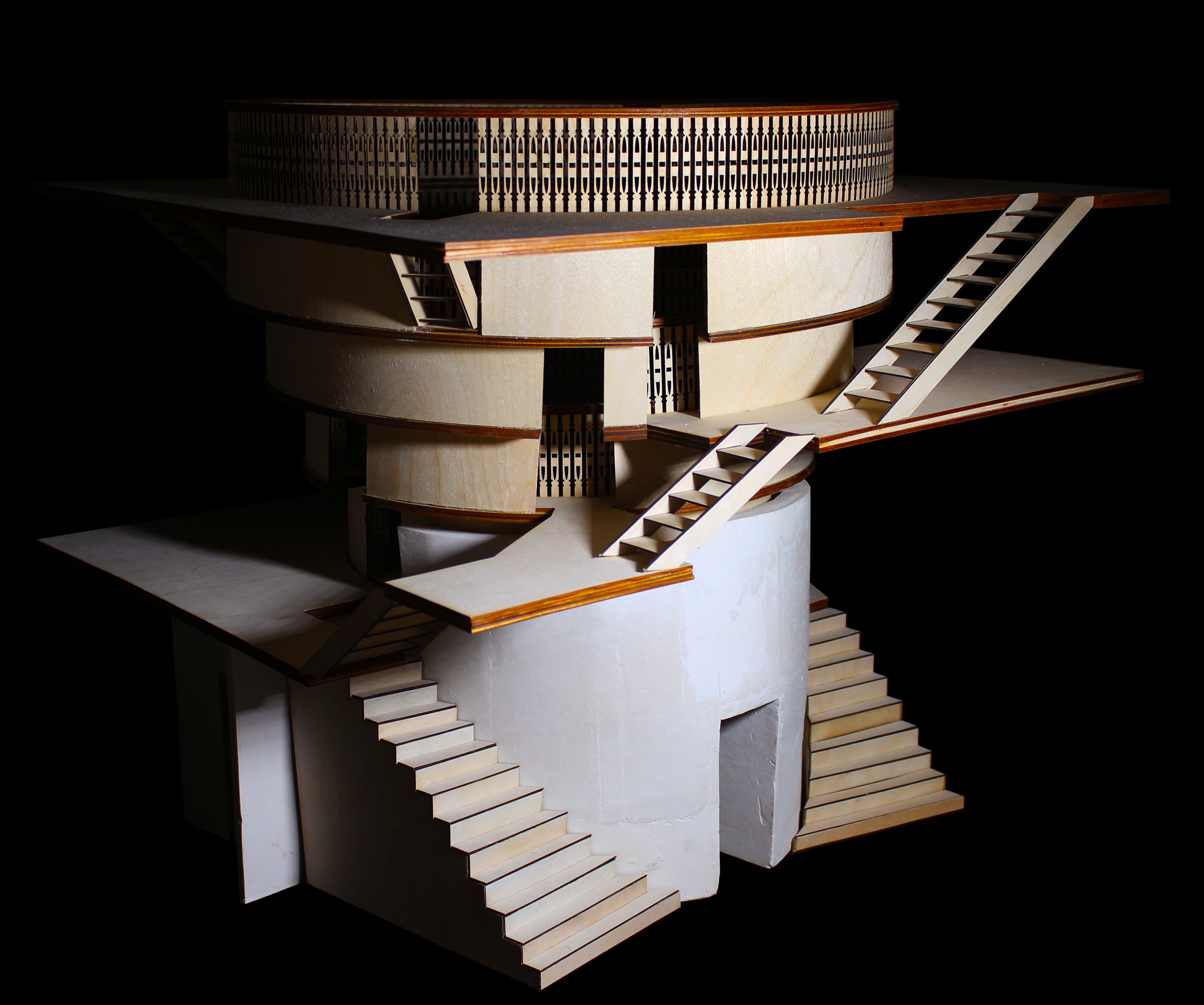 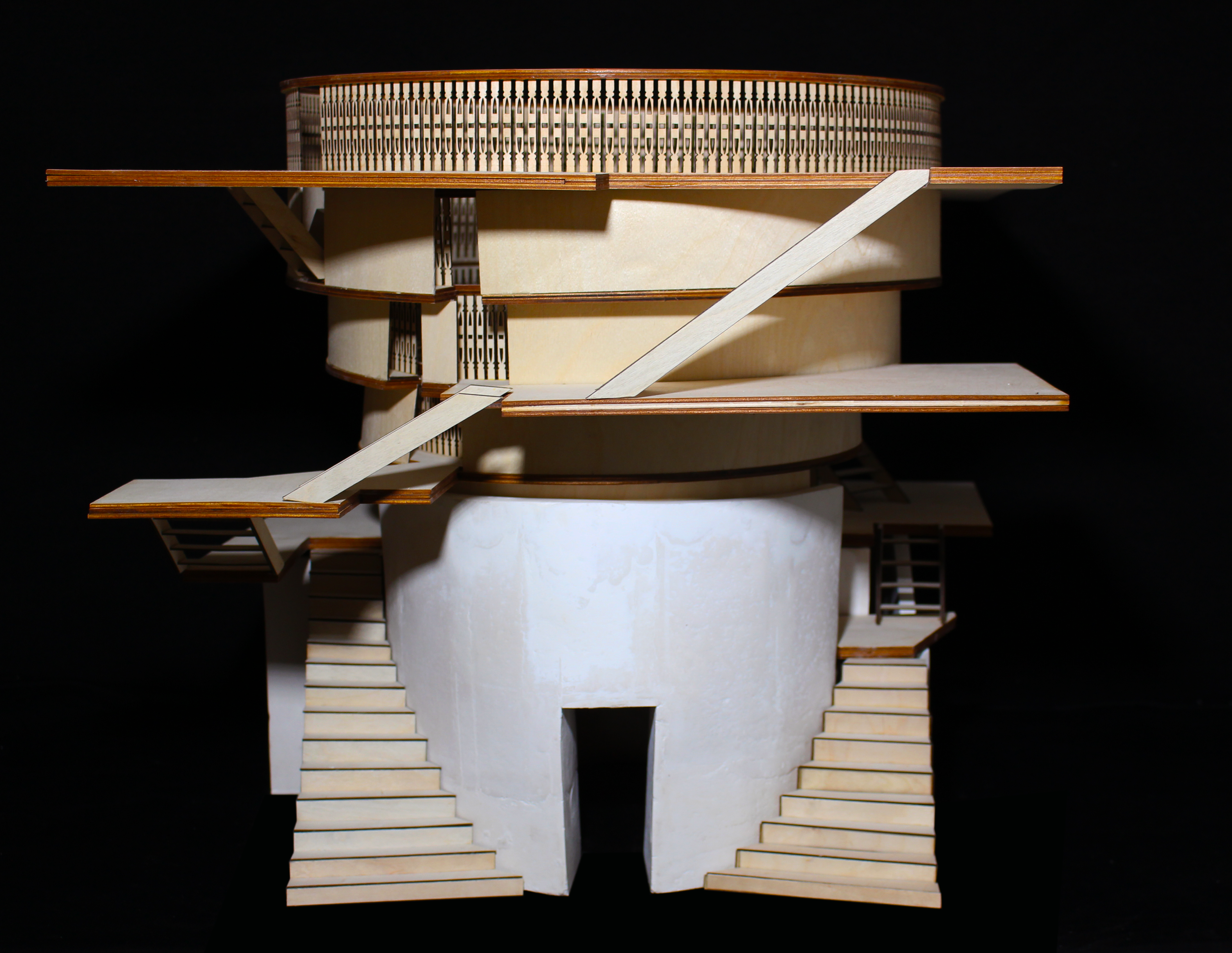 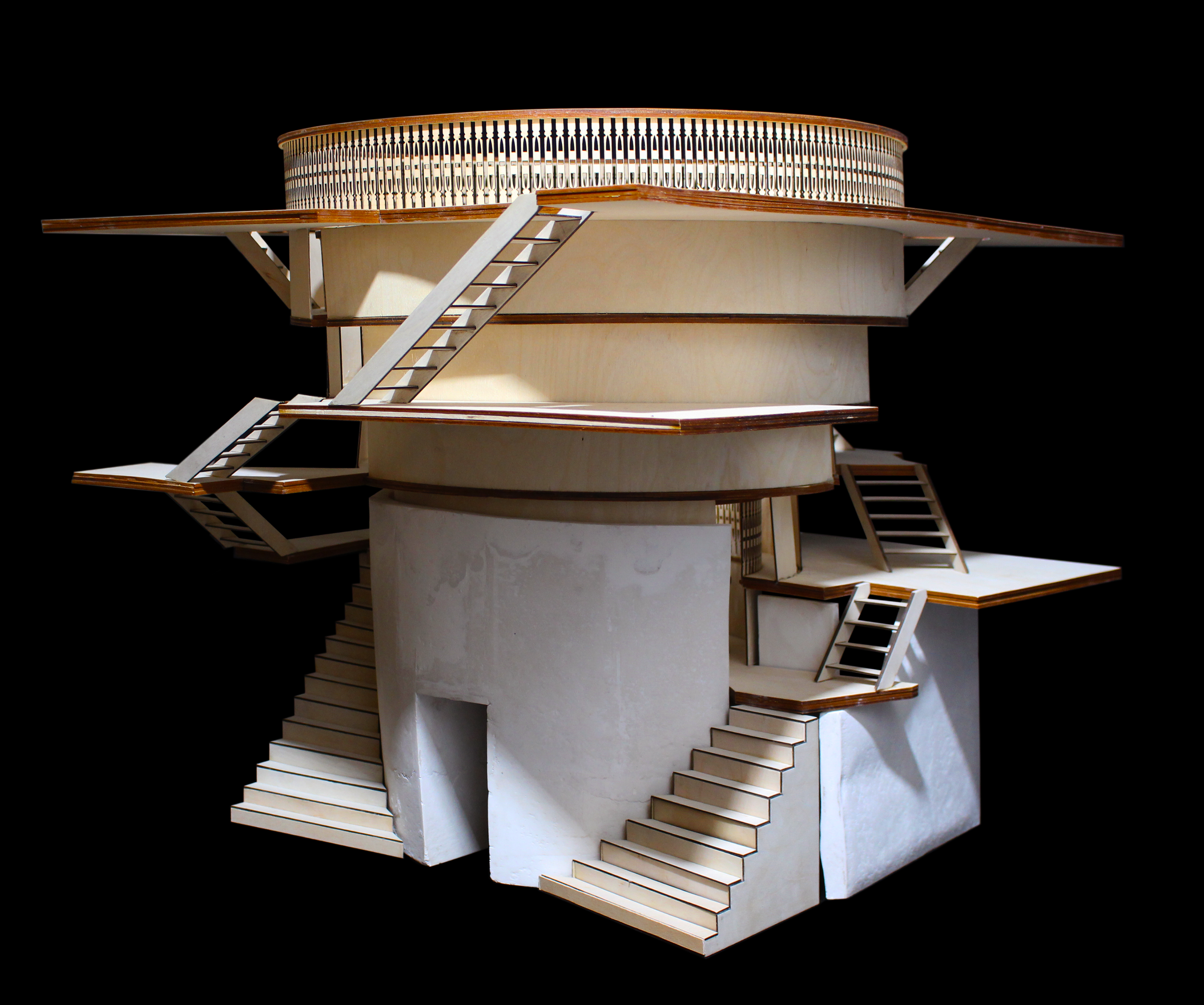 A model study of the Anatomical Theater in Padua, the first permanent anatomical theater built in 1595. We explored the architecture of the theater through lenses of audience and performer through stop-motion clay films.
In particular, the theater is extremely tight. Each floor is about half the height of a person, and each elliptical corridor is only wide enough to pass one person at a time. What would it be like to feel unwell or experience vertigo in such a space and event?
The dissection in the center is only part of the performance. There is also the spectacle of behavior and reactions of people directly across the pit, and the choreography of bodies navigating through the space. The cadaver is not the only unconscious performer. 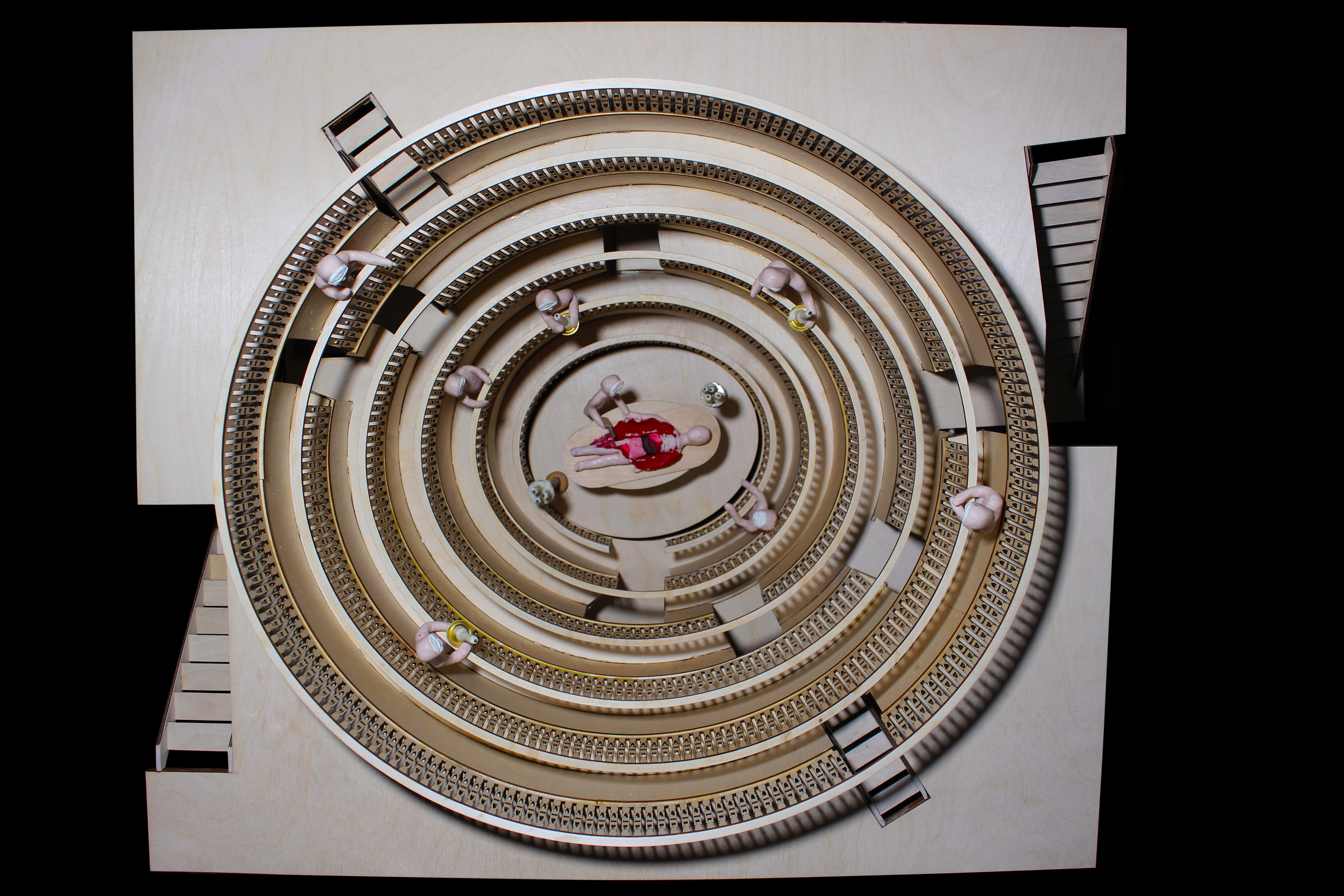 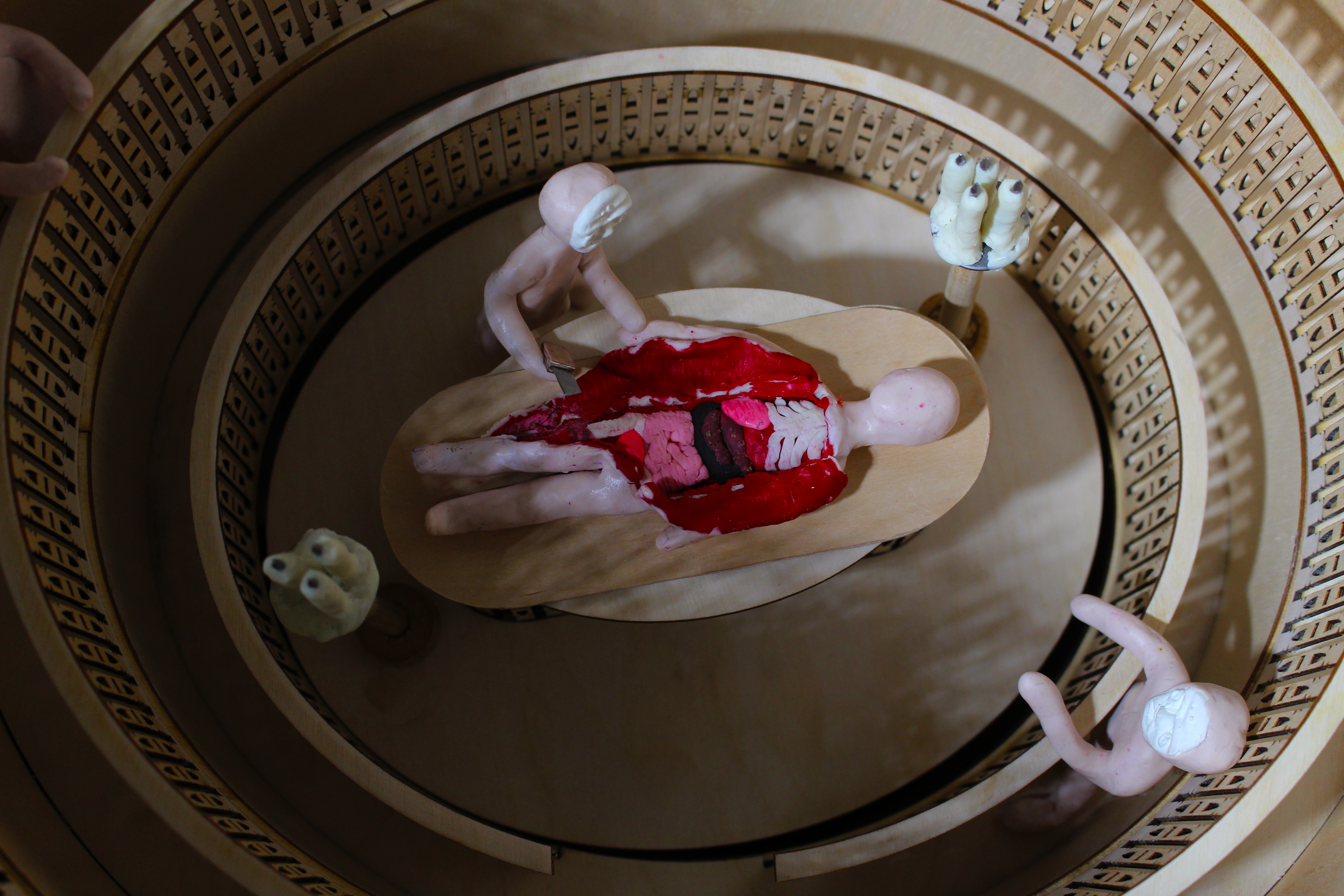 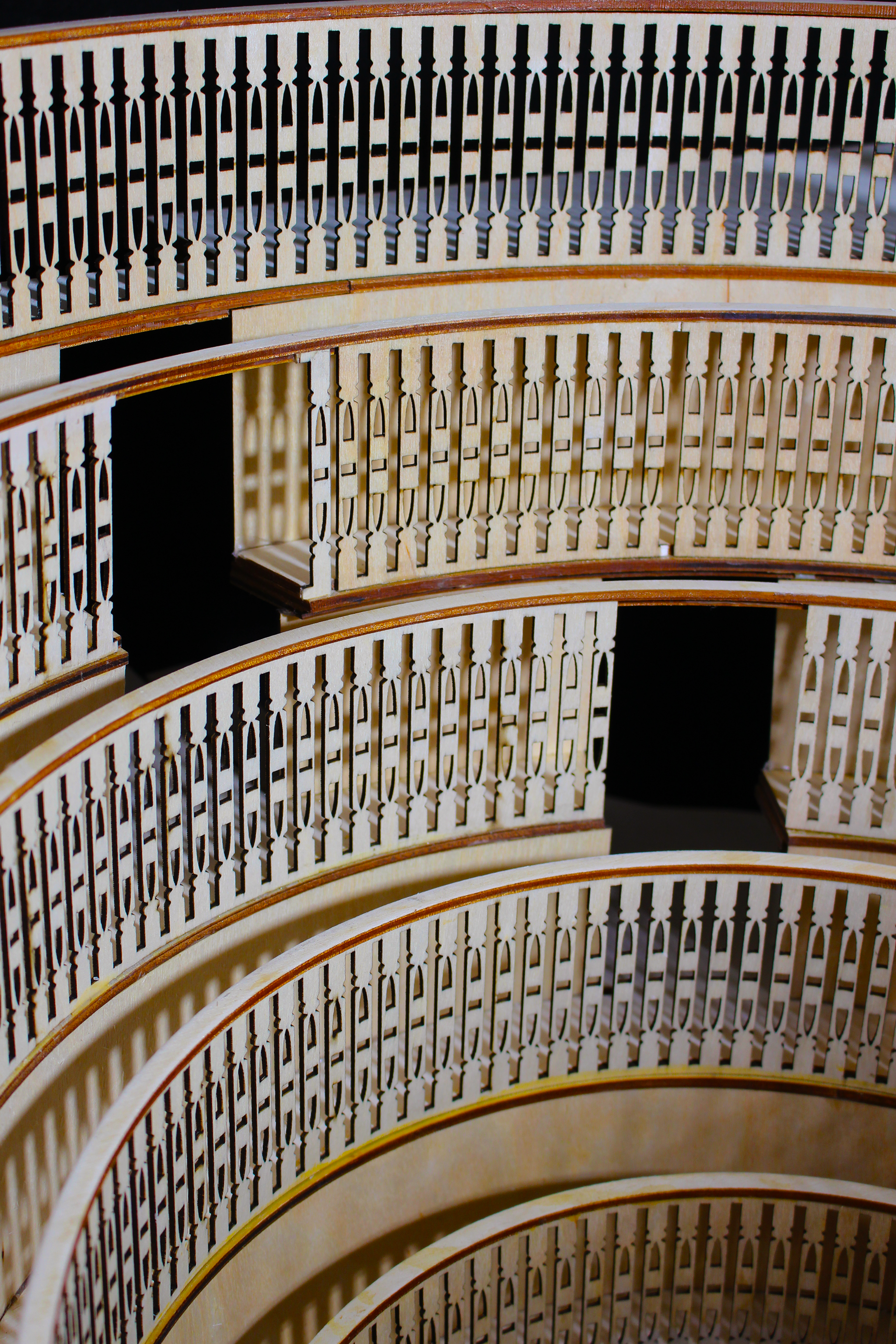 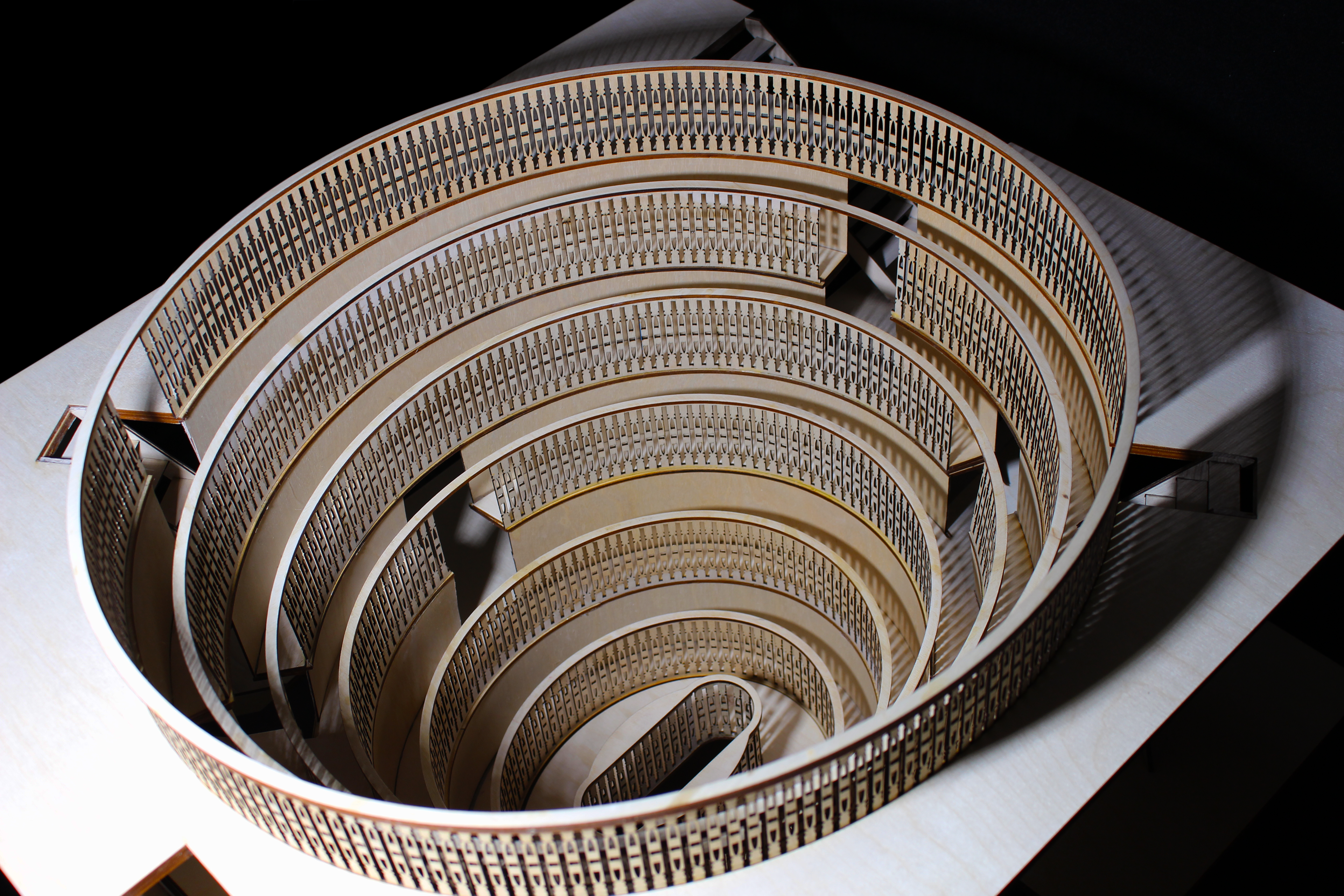 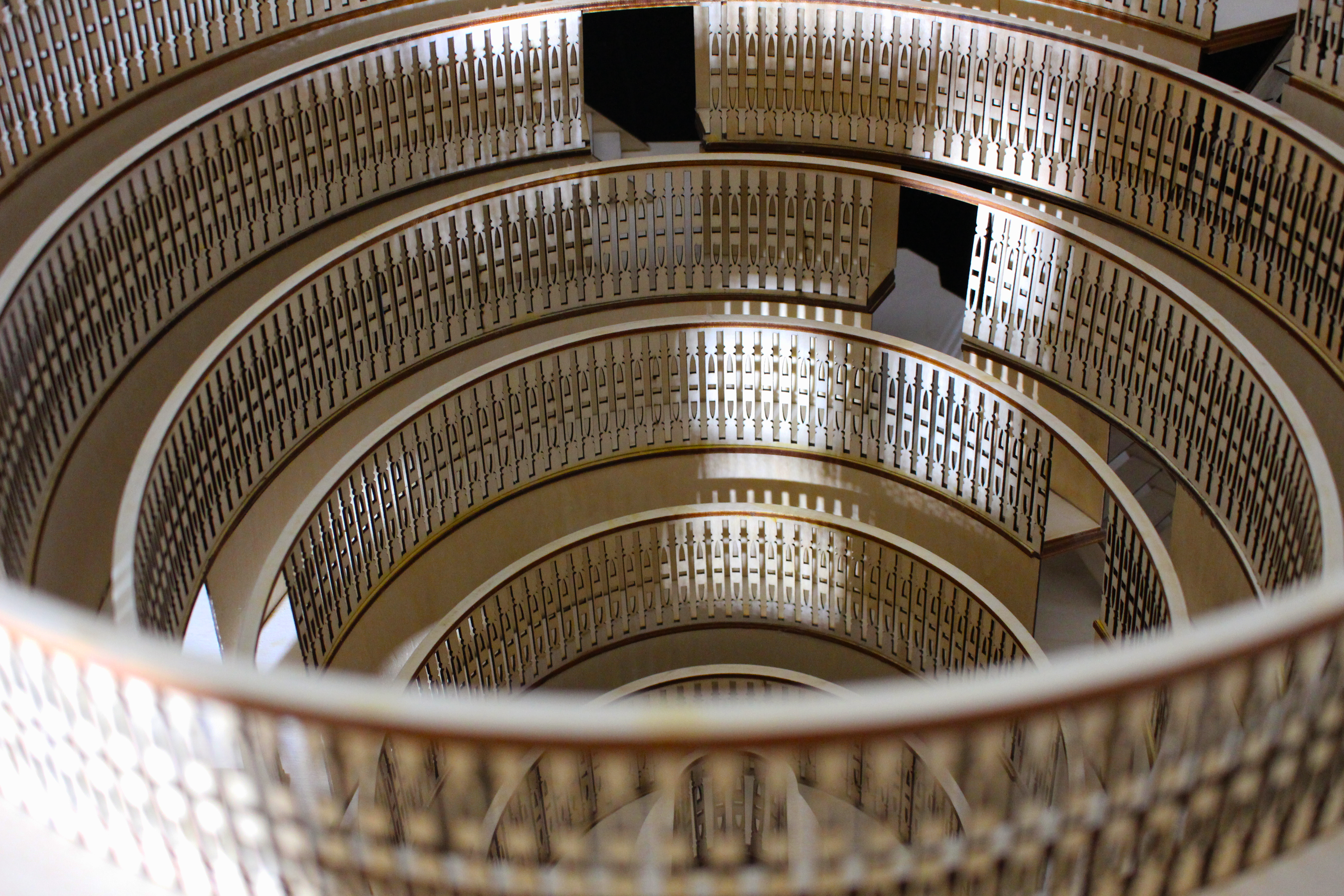 Anatomical Theater of Padua: An Architectural Prosthetic
Dissections inevitably forced attention inward, on one’s own body and organs. What if the spectators in the theater looked inwards, instead of downwards? Further, how might the architecture of the theater perform and reproduce the same relationships without the spectacle of the dissection?
The insertion of translucent walls in the theater could be thought of as placing a prosthetic skin on the theater. In addition, the introduction of interior stairs takes the circulation promenade inside the theater. The walls would be cut into, emulating dissection and revealing something new. Each person navigating through the theater would find themself surrounded by candlelit shadows and footsteps, only seeing fragments of other bodies for just a moment through the small cutouts. The dissection of bodies now occurs visually instead of physically. Further, the boundary between spectacle and spectator is collapsed - each body becomes both performer and audience at once.

Unrolled Section Drawing:
Scale figures from Hieronymous Bosch paintings. Translucent walls foreshadow what is behind, and cutouts in the walls reveal fragments of people in movement.

Insert copy here, which should vary depending on your region. Accept