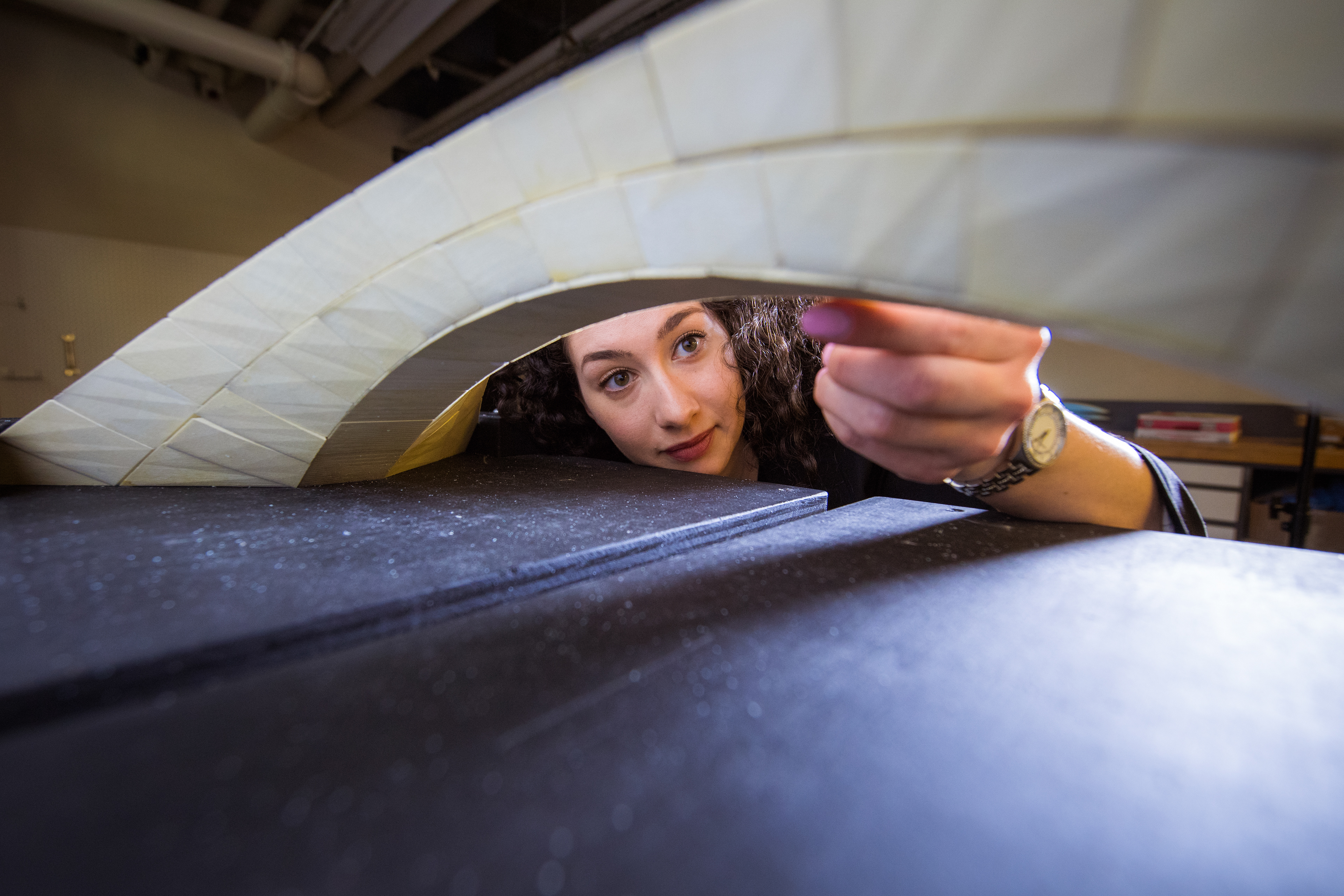 In 1502 A.D., Leonardo da Vinci proposed a design for a bridge to connect Istanbul with Galata. This design featured a flattened arch that would be tall enough for a sailboat to pass underneath, and spanned 280 meters long - about 10 times longer than typical bridges of the time. The bridge would have been made of stone, and it would have stood in compression under the force of gravity without any fasteners or mortar to hold it together.
Da Vinci's design was never built, but using sketches and other available documents, we were able to prove the feasability of his proposal by builidng a scale model and testing its stability. We sliced the bridge into 126 pieces to be 3D printed in order to accurately recreate the complex geometry, and built a model at 1:500 scale, spanning about 32 inches. The bridge successfully stood in pure compression.
This project was Master's of Engineering student Karly Bast's thesis. I worked with her on the physical and geometrical aspects of the bridge, helping her interpret the sketches, build the 3D model in Rhino, and 3D-print the pieces. I also constructed a foam scaffolding to hold the pieces in place during assembly, which was removed once the final keystone was in place.
Read more about it on MIT News. 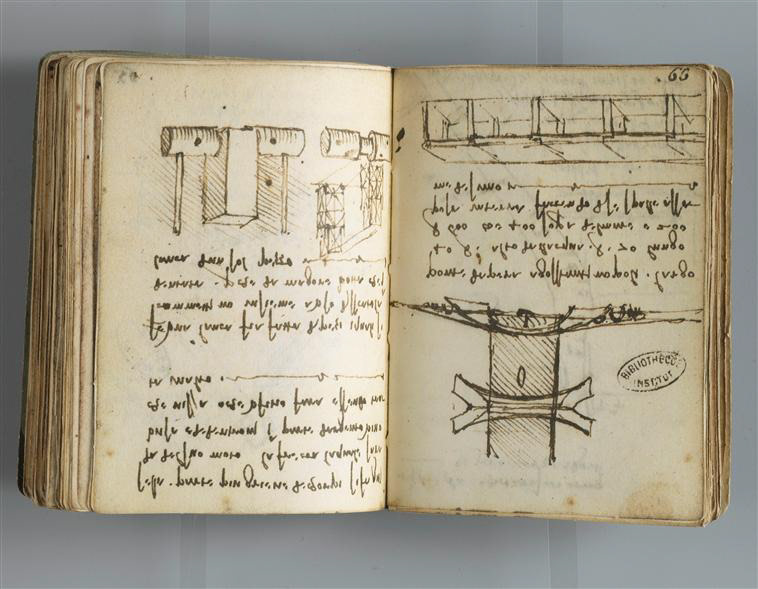 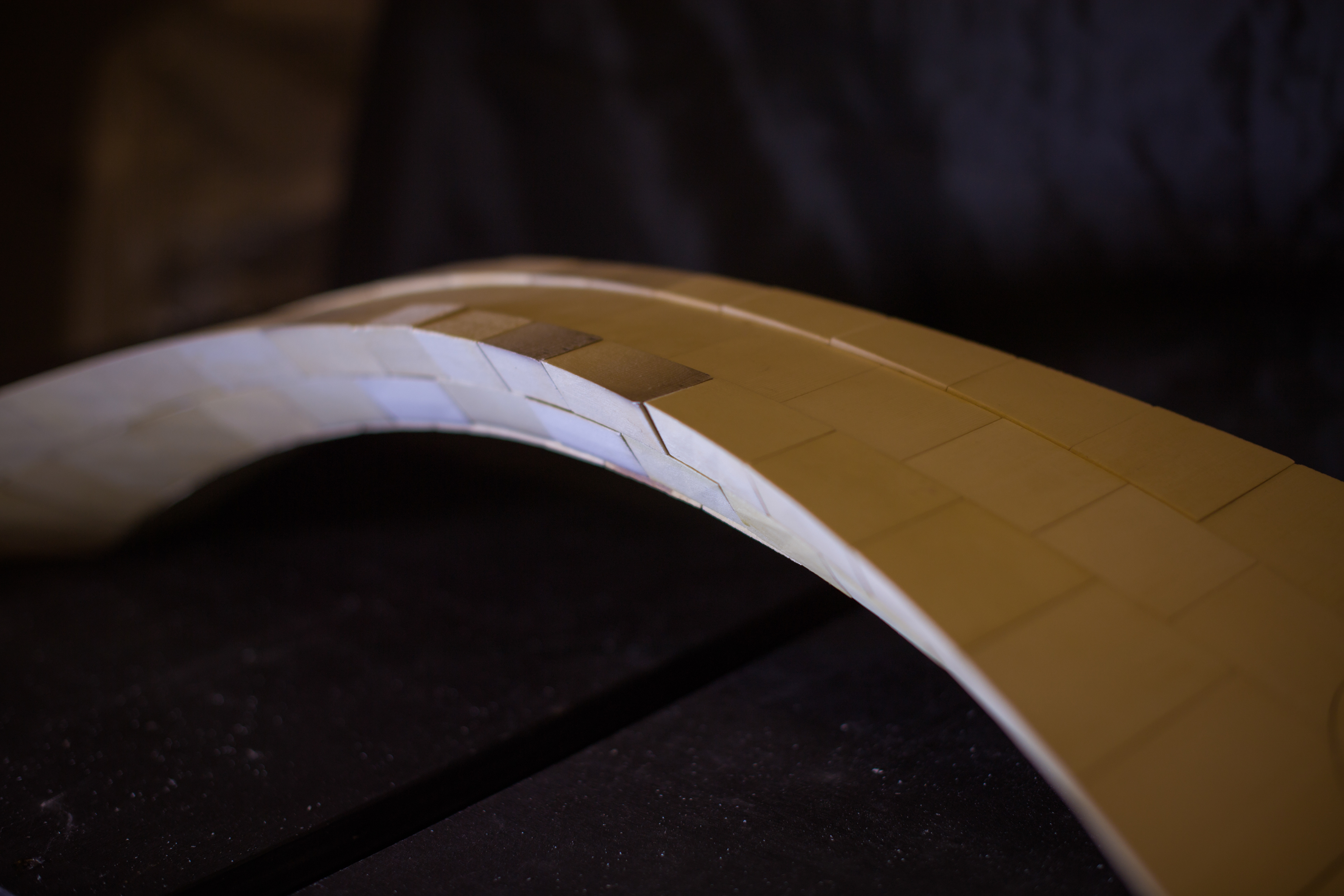 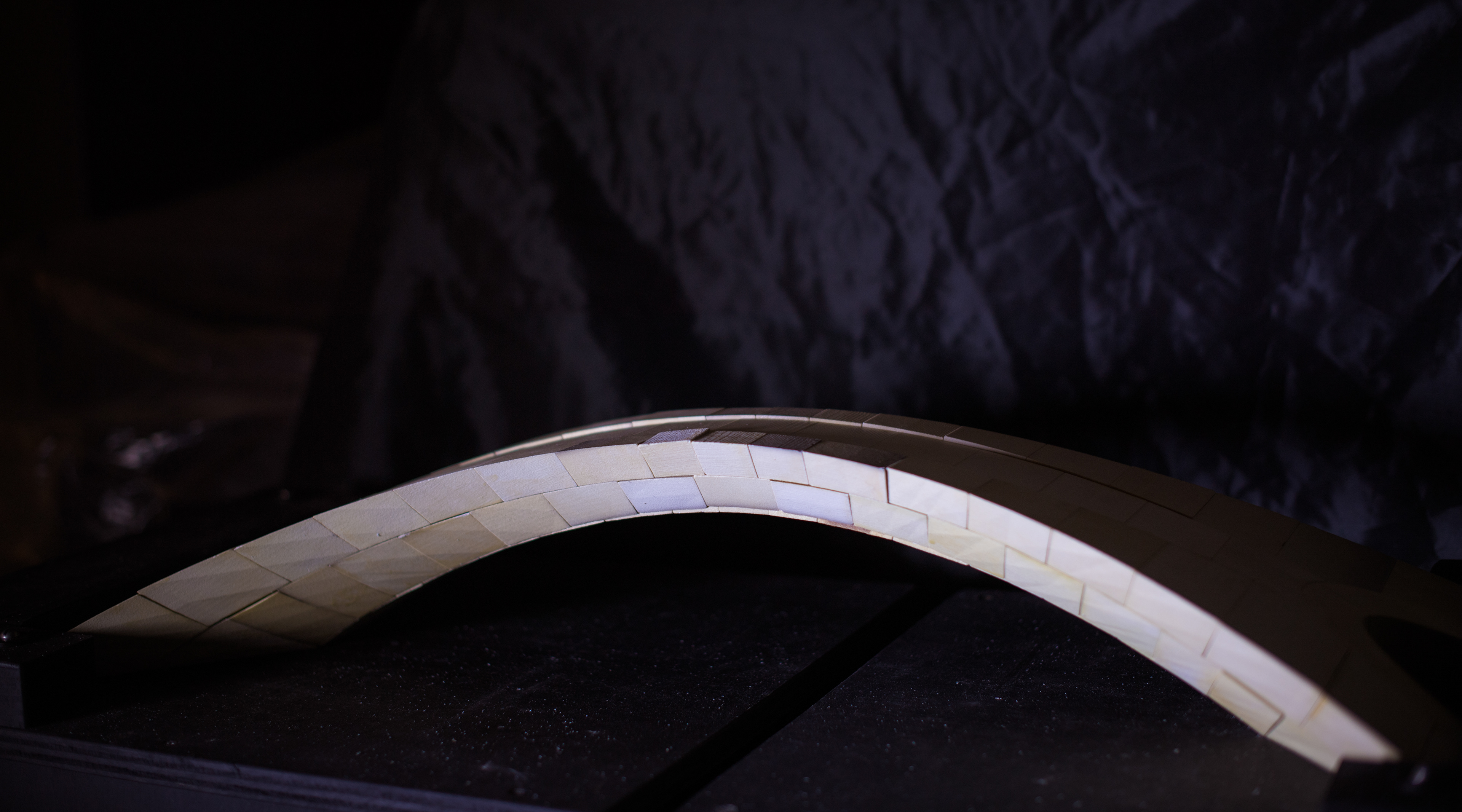 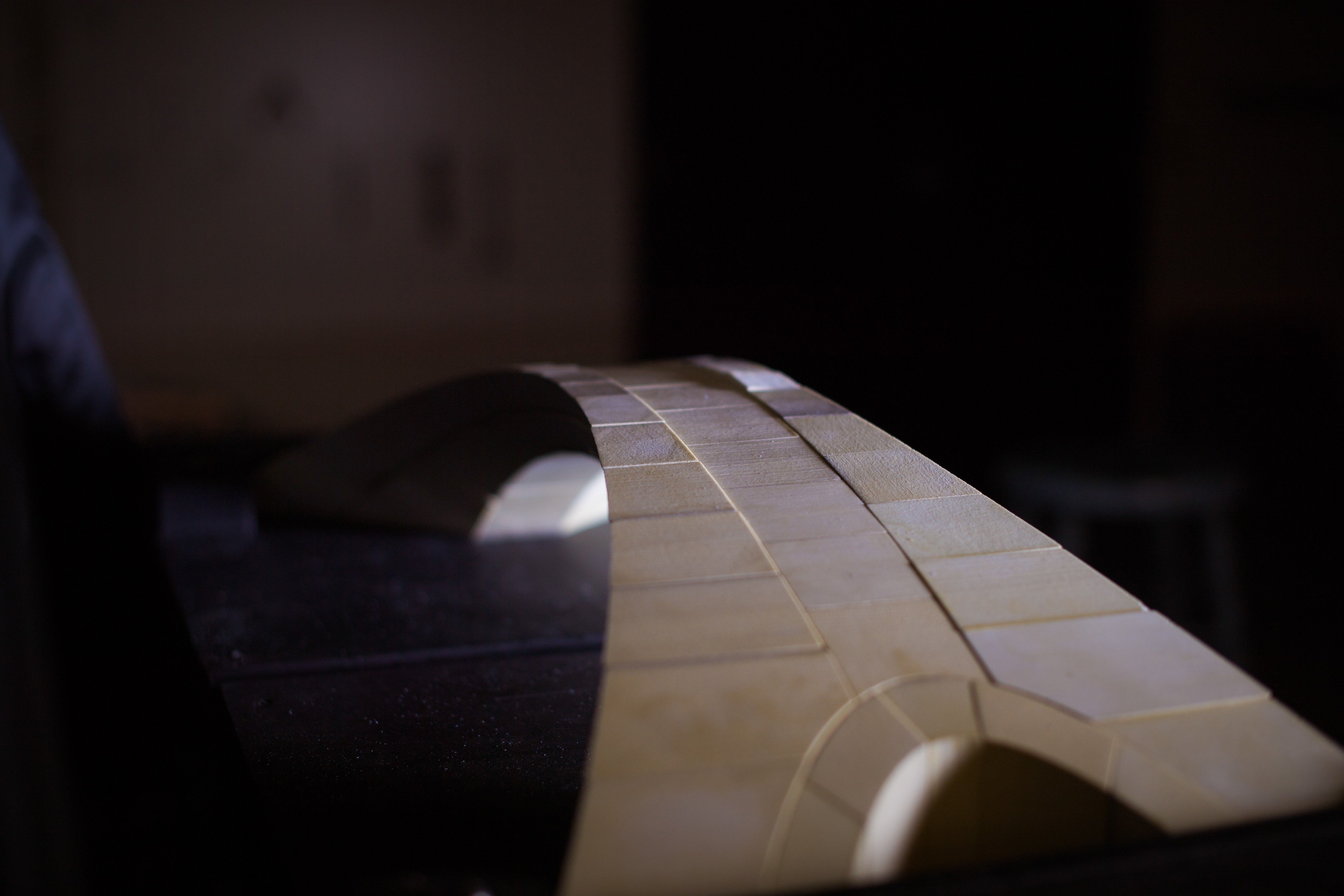 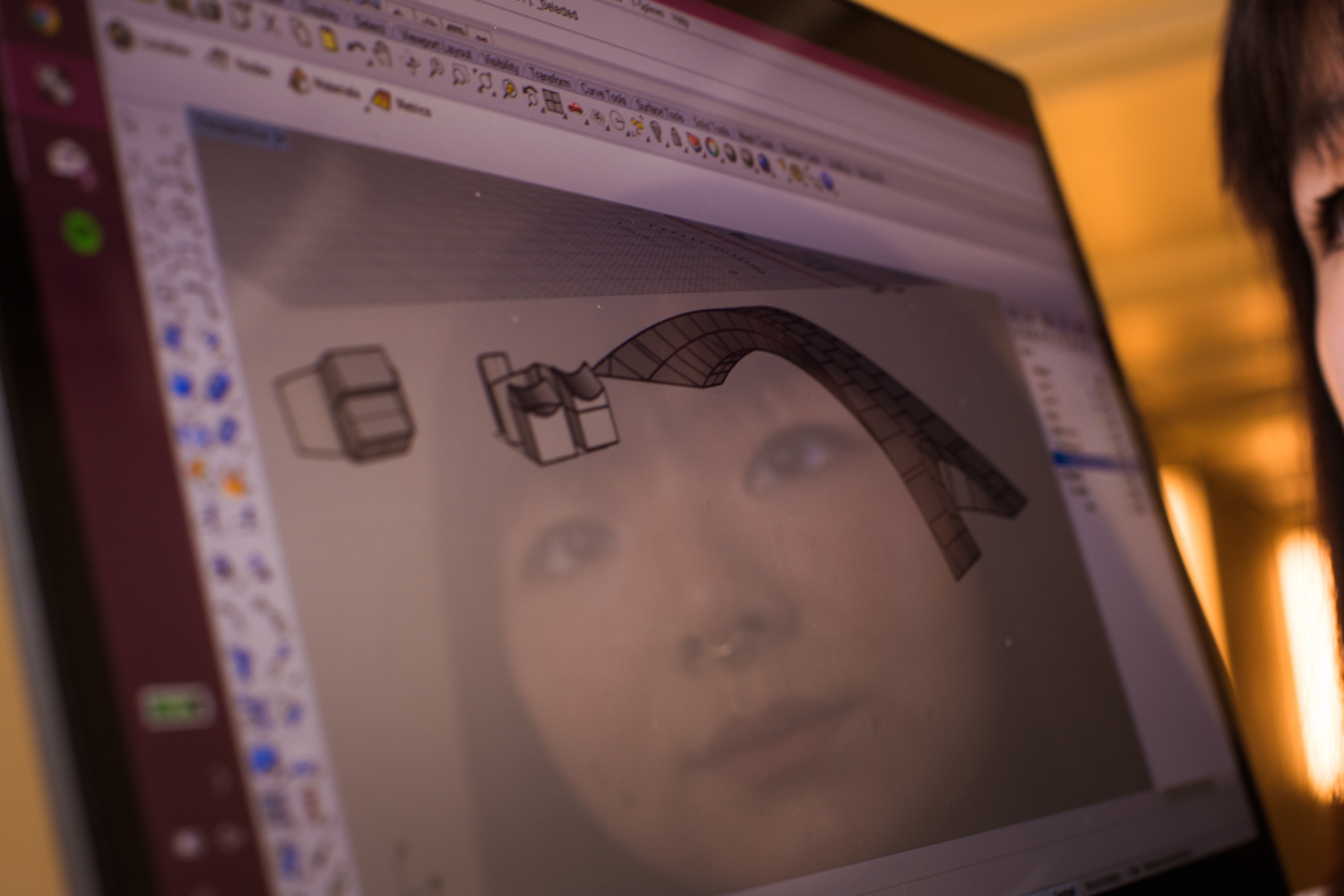 Me and the Rhino 3D model. Photographed by Gretchen Ertl.

Anatomical Theater of Padua
↑Back to Top

Insert copy here, which should vary depending on your region. Accept